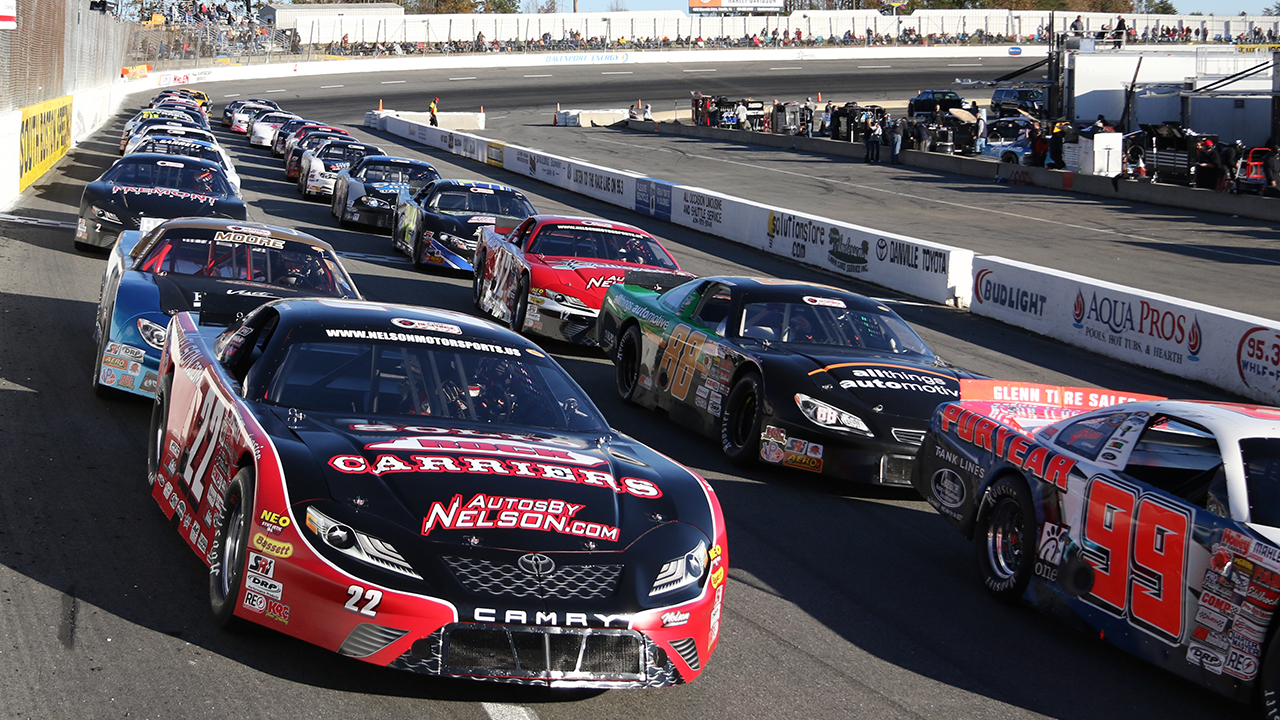 In the middle of a tumultuous 2014 X-1R Pro Cup season, series owner Jack McNelly and competition director Chris Ragle began to ponder their options on how to continue the struggling short track division going forward.

Their decision to transform the once-thriving Pro Cup Series into a Late Model Stock and Super Late Model tour beginning in 2015 proved to be beneficial, as the CARS Tour has emerged as the premier short track division in the southeastern United States in just five years.

“Racers love to race with good people, and they like to race against a lot of people,” McNelly said. “They don’t want to show up and race against eight cars, and we were fortunate to have so many come out at the beginning, and from there, everything just kept growing and growing.”

The predecessor to the CARS Tour, which is more commonly referred to as the USAR Hooters Pro Cup Series, was devised in the late 1990s by Hooters owner Robert Brooks, who wanted to create a short track series that honored the memory of his son Mark Brooks and 1992 NASCAR Cup Series champion Alan Kulwicki, who both lost their lives in a plane crash on April 1, 1993.

At its peak, the Pro Cup Series included both a Northern and Southern division that would culminate into a playoff series, where seasoned short track veterans like Bobby Gill, Shane Huffman, Clay Rogers and Benny Gordon would battle for a championship alongside rookies such as Joey Logano and Trevor Bayne.

Although the 2000s would be extremely successful for the Pro Cup Series, the decade also started the decline of the tour when Brooks died suddenly of a heart attack on July 16, 2006, which triggered a sequence of events that eventually led to Hooters pulling their support from the series at the end of the 2009 season.

McNelly would assume an ownership role in 2010 and rebranded the division as the Championship Auto Racing Series Pro Cup, with Ragle later coming on board in 2013, but both of them soon began to realize that maintaining the health of the series was becoming more impossible with each passing year.

“Our largest problem was the car count,” McNelly said. “We could not get the people that had this equipment to come out and race. There were all kinds of Pro Cup cars that were just sitting around, but for whatever reason, we could not get the cars out.”

The Pro Cup Series reached a low point during the 2014 Coastal Carolina 200 at Coastal Plains Raceway, where only Caleb Holman, Codie Rohrbaugh, Jeff Oakley and J.P. Morgan showed up to compete in an event that ran its first 30 laps under caution due to rain and featured spread out, single-file racing once the track when green.

To combat the mounting issues facing the series, the final race of the 2014 season featured Late Models to compete against the Pro Cup cars, which started the transition of the CARS Pro Cup Series into a Late Model division that would serve as a replacement for the defunct UARA STARS Late Model Series.

As McNelly began planning out the CARS Late Model Stock Car Tour, several Super Late Model owners approached him to discuss starting a division that catered to those cars after they voiced their dissatisfaction with McNelly about the quality of the existing divisions in the southern part of the country.

McNelly eventually settled on the idea of running both Late Models and Super Late Models on the same evening across a 10-race schedule, and began heavily promoting both divisions on social media, which garnered a significant amount of attention in the months leading up to the season-opener.

“I remember going to the PRI Show in December 2014, and we were treated like rock stars,” McNelly said. “Everybody and their brother wanted to talk to us about what we were going to do. Owners, drivers, you name it, but we made sure to do a lot of media to get people excited for this.”

McNelly’s strategy paid off in time for the inaugural CARS Tour race in the 2015 X-1R Lubricants 300 at Southern National Motorsports Park, as 36 Late Models and 31 Super Late Models arrived at the facility to battle it out in two separate 150-lap features.

Both divisions averaged over 25 cars per race for the remainder of the 2015 season, but after a slight drop-off in car counts in 2016, McNelly and Ragle began to discuss ideas that would maintain a healthy interest in the LMSC and SLM Tour for the foreseeable future.

“The first couple of years were solid, but they did come with challenges,” Ragle said. “We had some very strong car counts at the start, but they slowed down some. The fans started off slow before they understood how we were doing things and that we were here to stay. So overall, [2015 and 2016] were good and they set the groundwork for what was now a record year for us all the way around in 2019.”

One of the innovations introduced to the LMSC Tour came in 2018 with the announcement of the Touring 12 program, which was designed to help 12 eligible Late Model teams save money on entry fees, tires and other commodities, while also rewarding teams with $150 bonus just by showing up to the track.

Competitors not entered in the Touring 12 receive $500 for entering three consecutive races during the year, along with an extra $500 during the season finale at South Boston Speedway if they competed in every single event, which Tyler Matthews took advantage of after finishing fifth in the LMSC Tour standings in 2019.

Both McNelly and Ragle credit these changes for helping maintaining the overall health of the LMSC Tour over the past five years, with Ragle adding that the quality of the competition resulted in what he believes has been the highlight of the series so far in the 2019 points battle, in which Bobby McCarty narrowly bested Josh Berry in the series standings.

“What we saw at South Boston with the Late Model championship being won by just one point in the last lap of the last turn of the last race was amazing,” Ragle said. “Honestly, I don’t know if I will ever see something like that again with those two great competitors.”

Although McNelly and Ragle have been thrilled by the success of the LMSC Tour, they want to see similar progress on the SLM side heading into the new decade, which motivated them to announce the Super Six loyalty program that will provide SLM competitors similar benefits to their LMSC counterparts.

McNelly expects car counts to increase in both the SLM and LMSC Tours for 2020 and beyond, but he affirmed that fans and sponsors play a role in the success of the CARS Tour just as much as the drivers, and he plans to make improved attendance numbers an important part of the series’ development going forward.

“Where we really need to improve is our live grandstand audience,” McNelly said. “Some tracks have wonderful attendance, but there are other places where we need to work on getting butts in the seats. We don’t know how we’re going to do that, but we’re always coming up with ideas to enrich the fan experience, and hopefully, we can get something rolled out soon.”

McNelly is eagerly looking forward to carrying on the legacy of the USAR Hooters Pro Cup Series into the 2020s with the CARS Solid Rock Carriers Tour, with both divisions kicking off the new season at Southern National Motorsports Park on March 7, 2020.