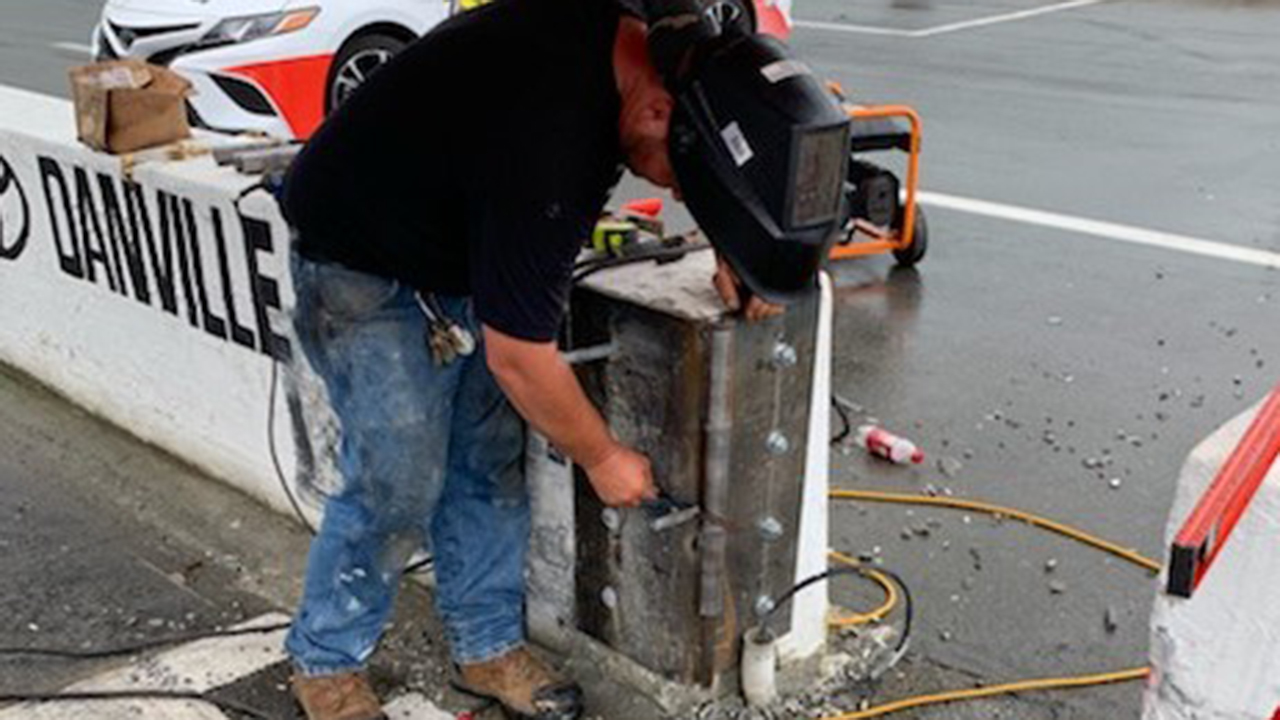 South Boston Speedway officials announced today that an opening in the pit wall at the start-finish line would be covered with a solid steel gate to help prevent destructive crashes in that area.

“Driver safety is always our top priority,” said South Boston Speedway General Manager Cathy Rice. “We’ve had several crashes in that area where the car caught in the opening and made the situation worse. We believe we’ve come up with a solution that will prevent that from happening going forward.

The most recent incident involving that area occurred two weeks ago during a Limited Sportsman race when Jessica Dana hit the inside wall and the rear of her car hooked in the opening damaging the fuel cell and causing a fire. Dana suffered a leg injury in the wreck and will be sidelined for a few weeks.

The 1/2-inch thick steel gate, which is braced by a four-inch I-beam, will be inset so it is flush with the wall, according to Jeff Bomar, the track’s maintenance superintendent. The gate, which will be opened between races for pedestrian access, weighs over 250 pounds.

Gates open at 5:30 p.m. with the first race scheduled for 7 p.m. Admission is just $10 for adults, with children 12-and-under admitted free with a paying adult. To celebrate Father’s Day fathers will be admitted for $5.