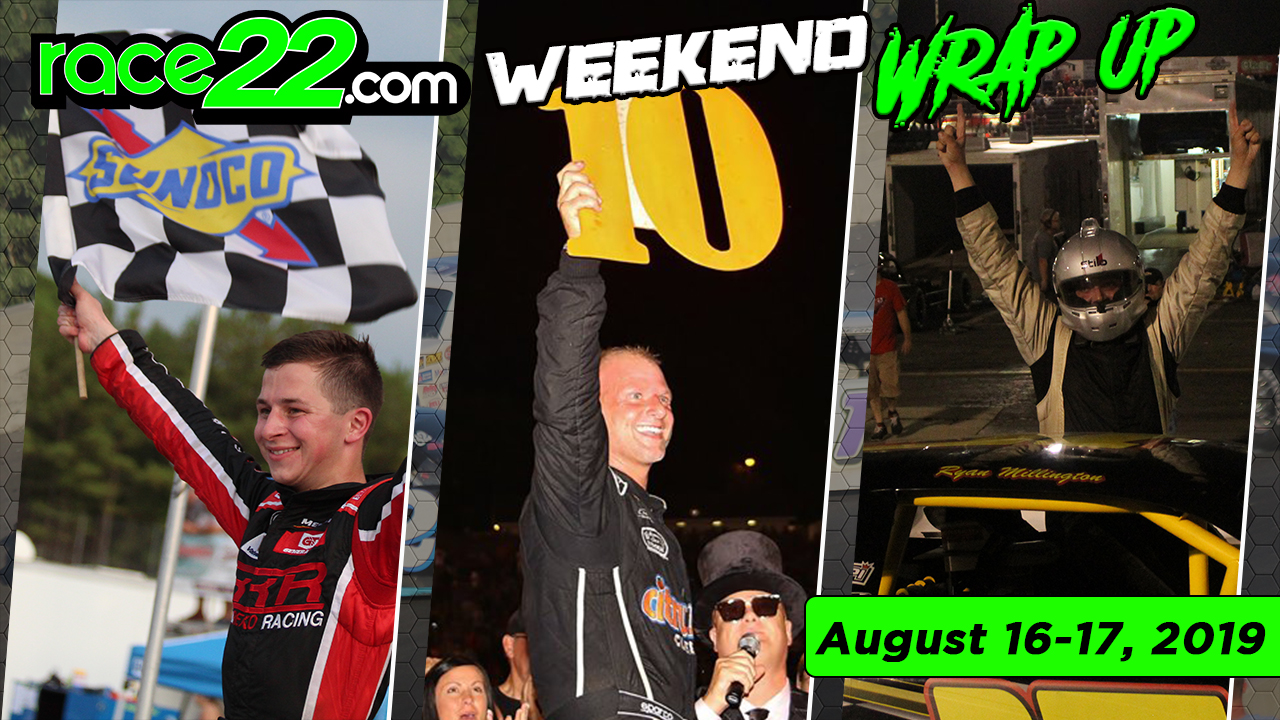 After another big weekend around the region, the Weekend Wrap-Up takes you around the Late Model Stock Car region. With four big races at Southern National Motorsports Park this weekend and NASCAR Whelen All-American Series National title contenders converging on the tricky 4/10 mile track it was feast or famine. Ryan Repko feasted on two wins while Brian Vause picked up a win in his second start on the track and Bradley McCaskill was a model of consistency but it took to the last race of the weekend to find victory lane.

Over at Bowman Gray Stadium, Burt Myers was crowned the champion for the 10th time in the Modifieds while Tommy Neal won the Sportsman finale. Plus Ace Speedway held the Rodney Cook Classic Prelude race and paid out $5,000 to Ryan Millington after the young driver preserved his tires early and swapped the lead late with Justin Carroll before pulling away to victory. Plus much more around the region in this weeks Weekend Wrap-Up.